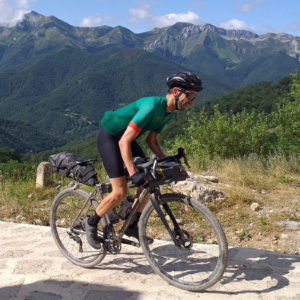 I am an environmental social scientist who studies human-nature relationships, and the impact of social, policy and environmental change on resource governance. I  investigate public policies in the areas of land-use governance, climate change mitigation, adaptation and biodiversity conservation, and how these impact rural livelihoods and transform resource management institutions and people’s behaviour.

Between 2005 and 2010, I was a post-doctoral researcher at the Tyndall Centre for Climate Change Research and the School of International Development, University of East Anglia, as well as a part-time lecturer at the University of Cambridge (2009-2011). In 2011, I joined the Institute of Environmental Science and Technology (ICTA-UAB), Universitat Autònoma de Barcelona, first as a ‘Ramón y Cajal’ research fellow (2011-2015) with a Marie Curie Career Integration grant; subsequently as a ‘distinguished’ senior researcher (2016-2020), and now as an ICREA Research Professor. At ICTA-UAB, I serve as Scientific and Deputy Director since 2020 and I co-lead the Laboratory for the Analysis of Socio-Ecological Systems in a Global World (LASEG) since 2014.

I have done long-term fieldwork in Mexico, Belize, Tanzania, and Argentina, and research findings have been published in top-tier scientific outlets, including Nature Climate Change, Global Environmental Change and Geoforum or World Development. I have also written several books and book chapters, dozens of policy briefs, working papers and consultancy reports, as well as served as guest editor in several special issues. I have significant MSc/PhD supervision experience and I have supported the career development of several post-doctoral researchers.

I have been an associate editor of the journals Geoforum and Ecology and Society and I have sat in the international editorial boards of the journals Global Environmental Change and the Journal of Peasant Studies. I am also a member of the following academic societies: the International Society for Ecological Economics, the International Association for the Study of the Commons, and the Association of American Geographers. I co-authored the ‘Sustainable Development and Equity’ and ‘Agriculture, Forestry and Land-Use’ chapters of the 5th Assessment Report of Working Group III (Mitigation) of the Intergovernmental Panel on Climate Change (IPCC).

Besides doing research and teaching, I enjoy the company and energy of my two children: Pol (2011) and Jana (2015). I also like cycle touring, mountaineering, travelling, and, particularly, endurance cycling. I have participated in several mountain/gravel bike multi-stage competitions, such as the Cape-Epic and the Cat700 (2022, 2021, 2020, 2019), the Catalonia Bike Race (2018), the Transpyr (2017) and the Titan Desert (2016), among other less strenuous endeavours. When inspiration thrives, I also write amateur poetry (Yamana, 2011).