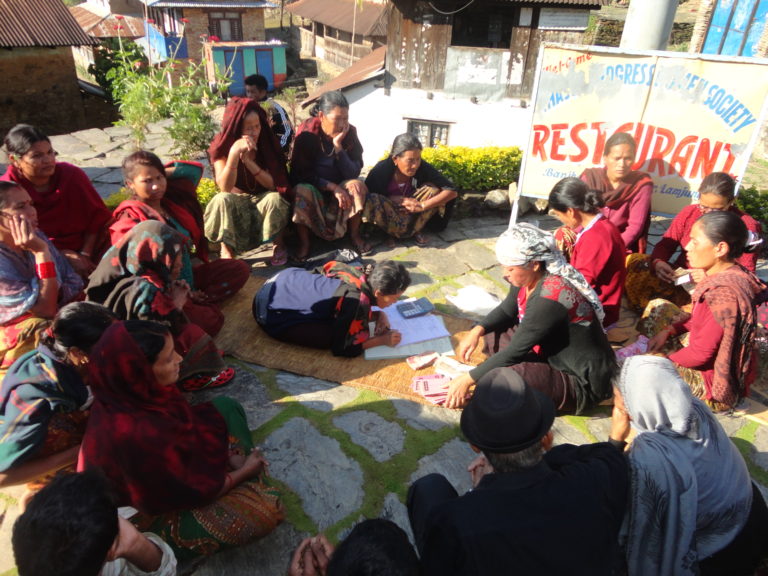 “I feel more empowered being involved in REDD+ for the last three years and can speak with confidence on different issues of indigenous peoples. It is not because of politics but as I am involved in a lot of REDD+ trainings, I got to know more about indigenous rights and provisions”.

“I received buffalo-calf from the user group but I do not know anything about REDD+. It’s the same user group under which we have been given this support so I am not sure whether the money has come from REDD+ or community forestry”.

These two quotes above have been extracted from interviews conducted in a pilot project for Reducing Emissions from Deforestation and forest Degradation (REDD+) in Nepal. They seem rather contradictory; black and white. While one individual notes that REDD+ has brought about trainings and more knowledge for him, another does not know whether the incentives received come from REDD+ or from something else. In fact, this second individual states that he hardly knows what REDD+ is about.

These contrasting statements are surely not surprising for those of you who have worked for years on development projects, or more recently on incentive-based conservation approaches, such as REDD+ or Payments for Ecosystem Services (PES). Very often, local community members have contrasting experiences with these approaches: some individuals or social groups are excluded from participating, and participants often benefit unevenly and a few of these may not benefit at all!

In this new Open Access article, we have adopted an environmental justice lens to the study of REDD+ and explored recognition, participation and benefit-sharing issues in two pilot REDD+ projects implemented in Nepal. The research examines how indigenous peoples, women and Dalits have participated in and been affected by REDD+. We demonstrate that pilot projects have been, to some extent, able to recognise, empower and benefit certain social groups, indigenous women in particular, whilst Dalits (particularly Dalit women) had a different experience.

REDD+ projects have had limited impact in addressing more entrenched processes of political discrimination, male dominance in decision-making, and uneven participation driven by spatial considerations or specific social targeting approaches. While the projects we examined have been partially just, and rather sensitive to existing patterns of social differentiation, the complexity of social differentiation still makes it difficult to operationalise environmental justice in REDD+ implementation.

Where do these difficulties lie? We identify, on the one hand, a deeply entrenched form of caste-based discrimination that still exists in rural areas of the country as well as other forms of injustices resulting from their continued socioeconomic, cultural and political marginalisation. In this regard, we argue that REDD+ implementation needs to go beyond its basic project design to be more sensitive to the cultural specificities and focus on addressing the barriers to participation of Dalits, particularly Dalit women. On the other hand, we observe that even though the recognition and representation of some groups (e.g. indigenous women) seem to have been largely positive in the studied projects, there is still a question on how much influence they can have in decision-making processes. For this reason, we suggest that projects should adopt a more critical approach to participation, moving away from “tokenistic” forms of engagement towards more politically engaged strategies that challenge, for example, elite capture by formal authorities, paternalistic traditions and socio-cultural barriers at the village level that prevent the “full and effective” participation of people and groups like women, Dalits, or indigenous members.

Overall, we conclude that deficits in distributive, recognition and procedural justice cannot be resolved without first addressing wider issues of social injustices throughout Nepal, historically inherited along the dimensions of class, caste, ethnicity, gender, and spatiality. These historically entrenched inequalities have also manifested themselves at higher policy-making levels, as we showed in a previous investigation looking at participatory dynamics in the design of Nepal’s national REDD+ strategy. We believe that these two research articles combined provide an updated view of Nepal’s REDD+ progress through the lens of environmental justice and they suggest that the actual participation by and the empowerment of different social groups in the state’s administration and in particular REDD+ cross-scale institutions is yet to be fully realised.