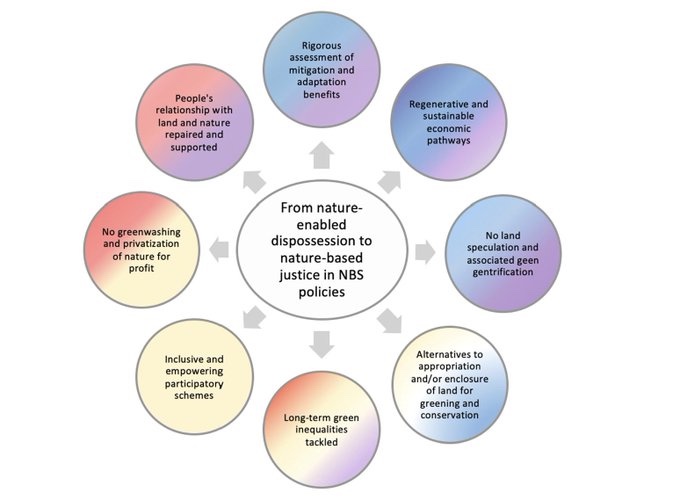 In this new article led by my colleague at ICTA-UAB, Isabelle Anguelovski, we propose a “justice-inspired” framework to think about, design and implement Nature-Based Solutions (NBS), which have been heavily featured over the last few years in global research and policy agreements. We argue that as NBS become mainstream climate mitigation and adaptation options, their capacity to deliver expected benefits, especially when contemplating equity and justice, is at least uncertain. Through a critical review of existing debates and perspectives on NBS, we question their uptake and we point at the frequent embeddedness of NBS in speculative and elite-based development paths in both urban and rural areas. We present an alternative, justice-oriented approach to NBS so that projects can avoid nature-enabled dispossession and instead build nature-inspired justice that prioritizes the needs, identities, and livelihoods of the most ecologically and socially vulnerable residents.

The article can be downloaded for free here.