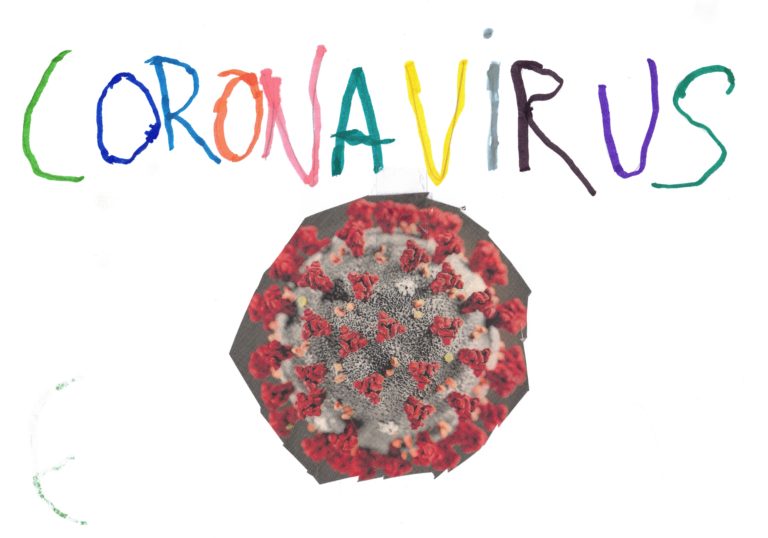 A new day of confinement at home, one of many to come. We have organized the confinement into blocks of time. We get up at 7.30, have breakfast together and we work for a couple of hours: Pol does homework, Jana draws or plays, and I prepare my online classes, respond to emails and advance some writing. Subsequently, we do a ‘collective research project’. We have chosen together a set of topics that are mostly related to what both are working at school. Subsequently, we play board games or lego, or do some crafts. We have lunch, watch TV for a couple of hours, read for a while and then do some yoga-fitness in the living room. We shower, cook dishes we like, and have dinner. Afterwards, we watch a movie, read in bed again and switch off the lights. It is a cycle that we will repeat in the days to come.

It is gratifying to see how other friends and families share their confinement experiences on social media. During the crisis, a significant number of parents may spend more quality time with their sons and daughters. Children may get to know us better, because we may talk more often to each other, without haste and impatience. Some may discover that playing with their children is wonderful and that it should be okay if they work less and spend more time at home when all goes back to normal in the future. We may call our elderly more often, and we may phone friends with whom we have not been in touch with in ages. Those deeply in love but separated temporarily may realize if their love resists being apart; broken marriages may perhaps heal and grow stronger, and others which felt strong may realize they were not so and that, in fact, they don’t have anything to say to each other. The marriages which worked smoothly may become indestructible, at least in the short term! We may sympathize more than ever with those who fall sick, and we may even have to say goodbye to our beloved ones and never see them again. The latter sounds terrific and tragic, but it may be inevitable that someone more or less close to us dies these days, and we will have to deal with such emotional trauma. More pregnancies may emerge from the crisis, some desired others not, which makes me feel confident about the fact that deaths will turn into births in nine months’ time. The unstoppable cycle of life.

Whilst individuals, families and society re-discover themselves between four walls, the economy is collapsing. The Covid-19 crisis has made evident -if it was not already so- that all economic activity is intimately connected and globalized. It just takes a few nodes in the global economic network to collapse at the same time, for everything else across the network to fall apart. Positively, one could say that when nodes are re-constituted in the future, the network will emerge again. The economic crisis will allow us to distinguish between the essential and the futile. Happiness is to feel useful for each other, to feel loved, to have health and food, and little else. Ok, and maybe also some sport, which in my case is cycling and Reburn. This is why we take care of each other these days, and why we applaud health professionals, including pharmacists and researchers, from our balconies at 8 pm or from our inner soul in silence. Such gratefulness should also be extended to the food industry professionals, from farmers, to distributors, and food shop owners. Those of us who work “on less essential” stuff should be humbler in the future to avoid thinking that our job is “very important”.

I also hope that, after the crisis, some companies begin to seriously consider the possibility of home-working, at least a few days a week and for those employees who need it and/or want it. Doing so would contribute to social well-being and the environment. The global Covid-19 crisis has reduced global greenhouse gas emissions, which are the main driver of climate change, and improved air quality in cities. The global environment and respiratory health can be two beneficiaries of a slower economy. We need to work less but better, that is, we need to be more efficient in the use of our time and other resources, and to move and/or travel less. We should explore new ways to work and manage our lives when the health crisis fades away.

Investors and companies may lose tons of money, and so may the middle class, which will see their savings shrinking. Let’s rebel if the financial crash involves job losses. Shareholders should earn nothing by the end of 2020 and should instead act in solidarity and maintain the dignity of their companies’ employees. We should avoid putting our wellbeing in peril -or the environment- when we resume work after the crisis, in order to make up for the economic losses or the “wasted time” of these strange weeks behind and ahead. In my case, it would be erroneous to stress out in an attempt to recover lost classes, re-schedule meetings and perform pending research activities as fast as possible. Let us therefore collectively ensure that no one is asked to fulfill the career goals set earlier this year as if nothing had happened; this year is not a year like any other. We should recover the economic system slowly, and do so in a socially responsible and empathetic way.

Politically speaking, this global health crisis may also make us reflect on the co-operation and effectiveness of the democratic and non-democratic institutions that influence our lives. With the outbreak of the epidemic in China, the World Health Organisation (a UN body) has not been able to alter the policies of Nation-States, and its discourse has seemed to me rather ineffective. The Security Council has gone silent; can you imagine what may happen if the epidemic extends to the poorest countries, where confinement may not be possible and the public health systems are so weak? Nation-States are acting individually, as if we were still in the early XXth century, and they have been slow to take action, and not very determined to quickly implement the advice of most epidemiology experts. The fact that they have wanted to turn the economy off too slowly will be the cause of the many Covid-19 deaths to come. In Spain, the central government has opted for political re-centralization, casting doubts on its confidence in autonomous governments and the effectiveness of inter-governmental cooperation. Catalonia, the nation without a State, has called for more decisive measures to deal with the epidemic, but it has neither the resources nor the power to implement them. Around us, the European Union and its executive arm, the Commission, have once again shown a flagrant inability to coordinate the measures of their Member States because it remains rather insensitive to the wellbeing of people (think about migrants, for example). Central banks, rather transparent institutions but incredibly powerful, have coordinated to minimize the economic effects of the crisis, dropping interest rates to zero. Let’s hope that this cooperation deepens in the days to come and that the poorest countries, peoples and smallest companies do not pay the costs of the crisis.

I had never felt so vulnerable before. I have always been very aware that life is fragile; we can be diagnosed with an incurable disease or suffer a fatal misfortune anytime. My father died of cancer, and my best friend from motorcycle accident. I have traveled a lot for work, to remote places, and I have always been aware that I may not return. But what I feel these days is different, because I had never been confined before, nor I had been so attentive to the evolution of a disease that gets transmitted so quickly and has a very significant lethality rate. This is not a war against the virus, as we are constantly told on the media, but an opportunity to follow the advice given by renowned epidemiologists, and to protect ourselves and everyone so that the dead and sick are as few as possible in Catalonia, Spain, and around the world. It is thus not a war, but an exercise of responsibility, love, and global kindness that we must endorse with determination.

The link below is a Spotify list to enjoy at home in the coming days and weeks. I have made it collaborative so that you too can add songs as you please, and we make it a symbol of unity between us. Music, through its pleasing sounds and emotional lyrics, always brings people together, isn’t it?

Until we can hug, kiss and talk less than a meter away from each other take care of yourselves, please. Happy confinement, and good luck.